A downloadable game for Windows and macOS

Collect goodies along the way, collect special purple gems to unlock the boss level in each world. Tandor has beautiful graphics and soundtracks that you don't want to miss!

Are you ready for a great adventure? Play Tandors Big Quest now!

Thank you so much!!! You are awesome!

I know it's bit a late but I had a play and did a quck video.

There are a few things that still need tidying up including the instructions but over all please don't feel down. You've written a game and that's awesome and more than what most people can do. You've done well.

Hi! Thank you for your feedback! You made quiet a long video of your gameplay, it was nice to watch:) No worries at all, I love getting peoples feedback. I know the game needs still work but it was a lot of fun to make for me. I will most likely give it a makeover sometime, at least for the mobile version because I have had a lot of additional downloads there:) This was actually my first published game ever, I will take your feedback and keep improving, thank you again!! In case you are interested in match 3 puzzle games, I just uploaded a new game on google play, on itch only demo. Thank you again for playing I hope it was still fun for you:)

Thanks for the reply. You did a great job as a first game and i will most certainly look at the android version. I have just purchased some recording software for the platform so a video will beincoming.

Keep up the great work.

Hey, I played your game and wanted to give you a feedback:

First of all, it is really funny and I played the first 2 worlds (forest + desert) and the lava chamber thing.

The movement is quite clunky and there are some bugs.

Primary fire is the biggest problem here, because you can only shoot while standing completely still. Also, when you shoot while jumping up (not while falling), the bullet will spawn on top of the character.

The knife attack has no cooldown, so you can basically 1 shot every enemy when standing near it and spamming "m".

The soundeffects of knife and shoot will always play when you press the button, although the animation is not playing.

You should focus on fixing all the animations and make the movement in general more fluent before adding new things!

Hi, thank you for your feedback. I know there is a few things that need fixing, I will adress them as time allows me:) Thank you for pointing some things out, on my mobile version not many people mentioned it so I hope to fix it soon. Not sure what you mean by fixing it before adding stuff because this is the games very first itch io version! :)

Sorry I forgot to ask, the shooting animation, there seems to be no problem on mobile, you should be able to jump shoot as well. I am assuming the problem lies in the PC version? I will adress it. 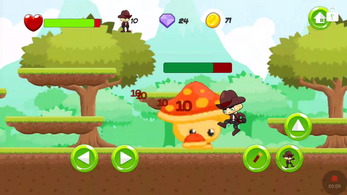 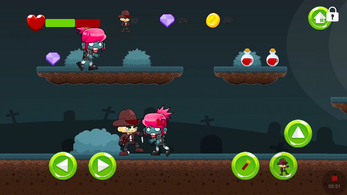 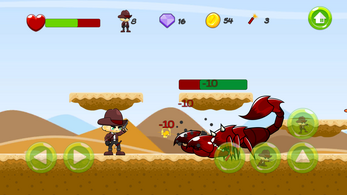 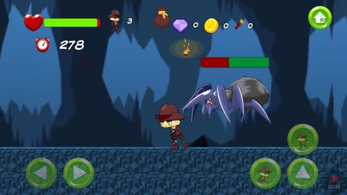 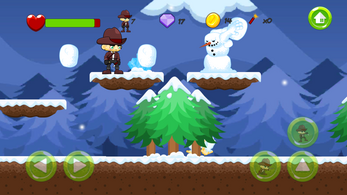